With media recently marking the 200th anniversary of the Battle of Waterloo, I offer this jaunty Morris tune (for those who prefer their titles rather more pc, sometimes known as Travel By Steam.)

(For more on the versatile Mr Hart: http://www.nickhartmusic.co.uk)

This savage event was the last battle of the Napoleonic Wars. On that one day, some 47,000 died (not including prisoners and missing). Just three years earlier, French Neoclassical painter David had painted a portrait of Napoléon Bonaparte, of which this is a detail. 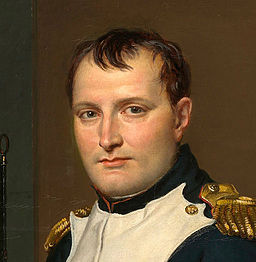 (Jacques-Louis David: The Emperor Napoleon in His Study at the Tuileries, National Gallery of Art, Washington, DC)